“From our customers’ perspective – their time is precious. Rather than search round the site, they want to find things quickly and with ease. EB engages them when they land on the site, so it’s an easy thing for them to interact with. The online customer experience has improved markedly as a result.”

The club was founded in 1905. Samuel Ryder, who was a reluctant golfer at first, got bitten by the golf bug and went on to captain the club in 1911. He then established The Ryder Cup at Wentworth in 1926. Verulam has over 600 paying members. As you’d expect, there’s a pro-shop, where people can book lessons, as well as having their swing analysed in a state-of-the-art indoor studio.

There’s also a restaurant and function facilities that members and the public can hire. In terms of staff, there are two sales and twelve front of house people. The current website is about to be replaced, so that Verulam can deliver an even better digital customer experience for customers.

Paul Keen is the General Manager who oversees the whole business operation and who was kind enough to answer a few questions below.

What has happened since you put EnquiryBot on your website?

We’ve been using ‘Val’ (the Verulam bot!) for a year now. With EB we wanted to get everything working spot on before we deployed the technology.

We customised the conversations we wanted EB to have with our customers and also the user interface. There’s already a lot of golf knowledge and logic baked in to EB, so this was easy to do.

It was pretty amazing when we introduced EB on the website. Leads started coming in as soon as we switched it on, without driving any additional visitors to the site.

Within a week of Val going live we noticed a huge influx of enquiries. Some weeks we’ve experienced a 350% increase compared to previous years.

The number of site visitors has remained steady and we never imagined we’d be generating interest from the website for green fees, let alone function room bookings.

Like any other golf club, we have normal website forms, but in using these customers are many more clicks away from submitting their data.

With EB they can get where they need to be after only a couple of clicks. Membership, golf days, functions and every segment of the business have seen an increase in enquiries as a result. The ROI has been absolutely superb.

What success can you attribute to the technology?

“One hugely positive benefit of using EnquiryBot is that it’s reduced the amount of sales calls we’re getting because people are finding the answers to problems using EnquiryBot.”

So far, at least 12 new members have joined as a direct result of EB. We’ve also taken bookings for everything from wakes to wedding parties, proving that people are making decisions based on the information EB shows them.

The pro-shop has seen an increase in lesson enquiries and booking times for studio work. There’s also been a large increase on society golf day bookings.

We attribute society bookings to the fact that EB allows people to enquire outside of normal hours, which is when they’re normally researching these things.

From our customers’ perspective – their time is precious. Rather than search round the site, they want to find things quickly and with ease. EB engages them when they land on the site, so it’s an easy thing for them to interact with.

When customers are browsing the site on their phones, EB quickly showcases the best parts of the club, gently nudging them towards enquiry. This is something that’s not easy to achieve via the forms on the site, especially in mobile.

How has EnquiryBot slotted in with your wider operation?

We’ve found EB to be 100% complimentary to our offline customer service efforts. We’re able to present information we want to customers in a friendly and conversational way.

The structure and line of EB questioning, makes it easy for them to get to what they’re interested in and the whole process feels very natural.

The way the system qualifies the inbound lead is also really useful. It means that at our end, we can reply to enquiries very specifically, again saving time. The customer feels assured by our customer service and that we understand their requirements.

The whole thing, from online to offline, is seamless and presents a very polished service. Using EB we are better able to service our customers and they appreciate it.

What’s the best functionality as far as you’re concerned?

Even when the office is closed ‘Val’ is listening to, and working with, potential customers. The ability to collate enquiries 24/7, 365 days a year has been invaluable. The enquiry is captured, then the appropriate team responds.

EB is very lean in that respect, the enquiries are presented concisely, with insight, and we’ve learned how to close them quickly in a timely fashion.

The technology isn’t really comparable to ‘Livechat’, which puts a strain on the team to be present all the time to answer it. It can also cause frustration for the customers when they’re not responded to instantly.

The one thing I would say is that the members don’t like it when EB pops up in the members section of the site, but that’s a fault of the current website functionality and not EB!

When we go live with the new site, we’ll block EB from popping up in the members area.

What do the wider team think about EnquiryBot?

It seems funny to say this now, but people were worried that their jobs would be under threat because of automation. Now EB is integrated, we’re generating more leads and more work for staff, meaning that jobs and revenue streams are much more secure.

We’ve converted more business and the sales team are really happy. Sales are handing more over to the house team and the pace has picked up, so EB has been transformative and people are busier and more productive as a result.

The other nice thing about it is that when the enquiry emails come in, they go straight through to the right point of contact, with me ccd in. This has been great for keeping track of enquiries and we’re looking forward to the simple CRM system EB are about to roll out too.

Have you heard of new members talking about their experiences of EB?

“Customers have remarked about how much they enjoyed the EB experience. We’ve asked people how they find it and the answer is invariably ‘very simple and very quick.”

Customers have remarked about how much they enjoyed the EB experience. We’ve asked people how they find it and the answer is invariably ‘very simple and very quick’.

We know, as a business that a potential customer who wants to book an event will want to get at least 3-5 quotes from different places. EB demonstrates to people that we’re interested in their booking and gives them a flavour of the offline customer service we want to replicate. If we can do that, then there’s a much better chance we’ll take the booking over one of our competitors. 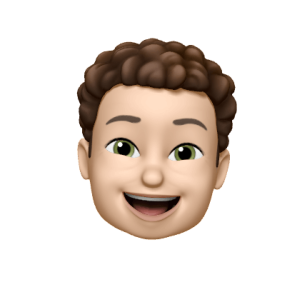 John is the Co-Founder and Head of Product at EnquiryBot™. He is passionate about building easy-to-use, useful software for businesses.